For the fourth year, the International Foundation and Horizon Actuarial Services have partnered together to release an annual report analyzing key trends in demographics, cash flows and investments for multiemployer defined benefit and defined contribution plans.

Released today, this latest report Multiemployer Retirement Plan Landscape: A Ten-Year Look (2005-2014), provides a ten-year snapshot of how multiemployer retirement plans have withstood a decade of changing demographics and market volatility. (In case you’re wondering why the report ends in 2014—The report uses publicly available data from Form 5500 filings, with 2014 being the most recent year available.) 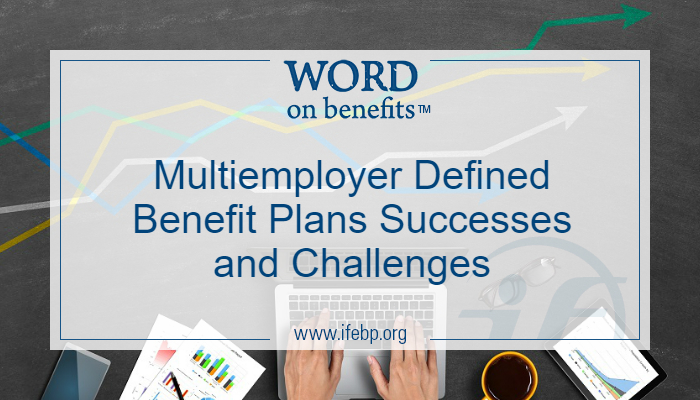 Plan Numbers: At the end of 2014 there were 1,380 multiemployer DB plans—1,334 plans were financially solvent and 46 were insolvent and receiving assistance from the Pension Benefit Guaranty Corporation (PBGC). The plans had assets of more than $480 billion and they covered 10.5 million participants and their beneficiaries.

[Portfolio Concepts and Management, May 1-4, 2017 at The Wharton School of the University of Pennsylvania]

Plan Numbers: At the end of 2014, there were 1,102 multiemployer DC retirement plans with total assets of more than $130 billion. These plans covered 3.8 million participants and beneficiaries. The majority—80%—were offered in tandem with a DB plan.

Plan Investments: In 2014 these DC plans saw a median investment return of 5.6%. Rates of return have been volatile over the last decade. The median annualized return from 2005-2014 is 5.3%.

Account Balances: The average account balance for a participant in the median multiemployer DC plan was about $38,200 at the end of 2014, up from about $36,100 at the end of 2013. Average balances have grown over the base decade with contributions and investment returns.

Learn more about the report findings at www.ifebp.org/multiemployerretirement. The full report is available free to International Foundation and ISCEBS members.