Time for a Spousal Spending Checkup?

It’d be nice to write that health care doesn’t have to cost an arm and a leg. In this case, that cliché likely is both inappropriate and overly optimistic.

But two experienced health plan administrators suggest in the May Benefits Magazine that plan sponsors can take some relatively simple and inexpensive steps to control spending. In “A Baker’s Dozen of Practical Ways to Reduce Medical Claims Costs,” Daniel W. Ryan, CEBS, and Ryan T. Stephens single out 13 actions worth considering. 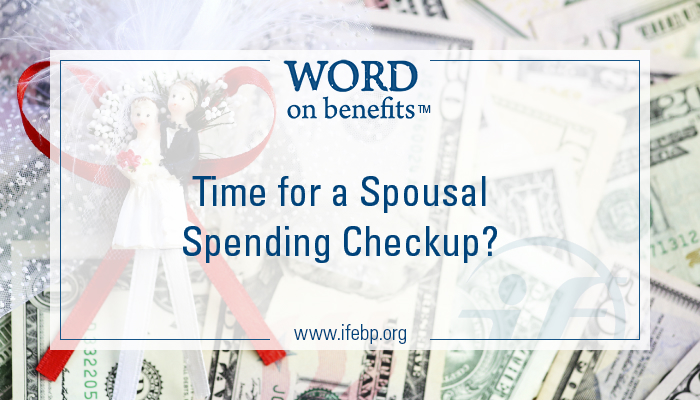 Four of the tips narrowed in on spousal coverage costs. For example, Ryan, a retired UFCW administrator in Illinois, and Stephens, part owner of a third-party administrator in Oregon, suggest three health cost savings actions that involve spouses—and one that involves ex-spouses. (Within the past two weeks, three different health plan sponsors have told me that spouses are costing their plans more than the employees themselves.)

[Related: The Effects of ACA on Medical Expense Accounts (HSAs, FSAs and HRAs)]

Ryan and Stephens offer nine additional cost-savings tips in the article. Some of the others are a bit more complicated, but some are even simpler. All save the plan money, and at least one—a narcotic pain management program—can also save the health of the participant.