Enhancing the Canada Pension Plan (CPP) is expected to be an issue in October’s federal election, but in the meantime Ontario is moving forward with an effort to create its own Ontario Retirement Pension Plan (ORPP).

The government has held meetings seeking input on the paper and accepted comments online through February 13. Bill 56 reached second reading and debate February 17 in the Legislative Assembly of Ontario.

Stay tuned for future developments, but here are the basics on ORPP. 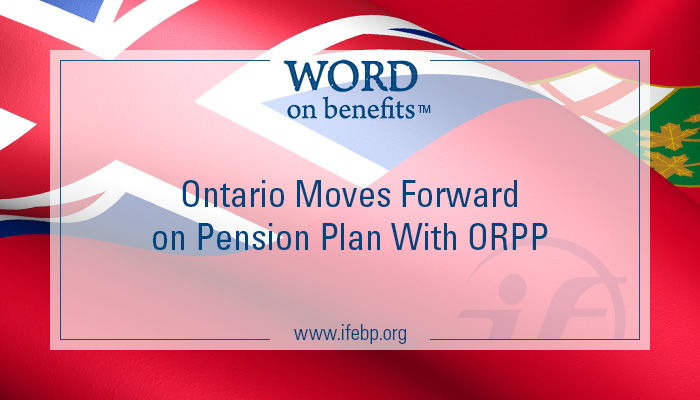 The Ontario government said its preference is enhancing CPP, but “the federal government has unilaterally shut down discussions on this issue.”

“The ORPP is intended to provide a predictable source of retirement income for those most at risk of under-saving, particularly middle-income earners without workplace pensions,” the consultation paper states.

CPP, with an average yearly benefit of $6,800 and a maximum of $12,500, and Old Age Security (OAS) benefits that pay a maximum of $6,800 a year provide too little income to middle-income earners to cover the gap between savings and need, the government states. (Those who qualify for the Guaranteed Income Supplement (GIS) may receive more income from government plans.)

How Would ORPP Work?

According to the consultation paper:

Another concern is that mandatory contributions will reduce take-home pay and may result in the reduction of other workplace benefits. In the paper, the government said “ . . . some employers may take stock of their current approaches and make decisions about the right compensation mix going forward . . . ”

Keep an eye on our Canadian Pension Reform—Ontario page for ORPP developments.