Supplying a regular paycheck is an obvious role employers play in supporting their employees’ happiness, but there are other ways organizations can help their employees and plan members be content. 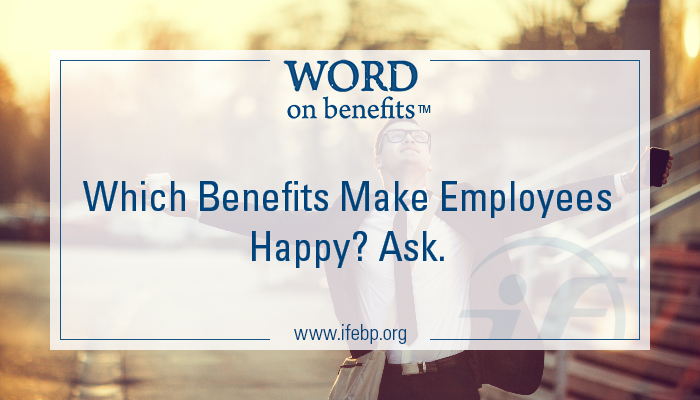 The World Happiness Report 2016 Update came out last month, ranking happiness levels among 156 countries. Canada ranked sixth highest, and the United States ranked 13th. Denmark was No. 1, while East African country Burundi was at the bottom of the list.

John Helliwell, one of the report’s editors, said the report measures happiness based on how people rate their lives on a ladder scale where 10 is the best possible life and 0 is the worst. Helliwell works for the Canadian Institute for Advanced Research, based in the Vancouver School of Economics at the University of British Columbia.

The report explains most of the differences across countries and over time by six factors: gross domestic product per capita, healthy years of life expectancy, social support (as measured by having someone to count on in times of trouble), trust (as measured by a perceived absence of corruption in government and business), perceived freedom to make life choices and generosity (as measured by recent donations). Differences in social support, incomes and healthy life expectancy are the three most important factors.

Offering health and welfare benefits plays a part in healthy life expectancy, trust and freedom to make life choices. But employers and plan sponsors have an opportunity to affect happiness with other benefits. That could include perks such as flexible work schedules, which improve feelings of trust and the sense of freedom to make life choices, or volunteer programs that allow people to do good in their communities.

Whatever the benefit, Helliwell suggested that that organizations reach out to employees for their ideas. “It’s about, in some sense, reaching out to the people and saying, ‘How could we do it better? What would you like us to do for you?’ Giving people that say automatically delivers that sense of well-being, engagement and positivity right at the beginning.”