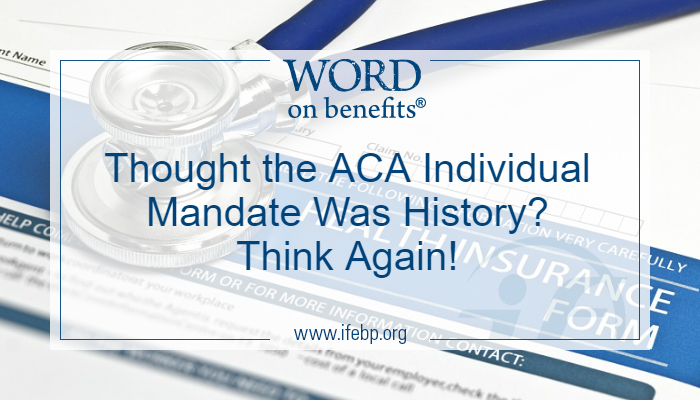 On April 13, 2018, New Jersey lawmakers passed a bill that requires residents without minimum essential health coverage to pay a fine equal to 2.5% of their household income or $695 per adult and $347 per child, whichever is greater. If it’s based on a per-person charge, the maximum household/family penalty will be $2,085. The amounts will be adjusted each year for inflation. The maximum penalty based on household income will not exceed the average yearly premium of a New Jersey bronze plan. Exemptions based on religious beliefs and hardship due to unaffordable coverage will be determined by the state treasurer. If the federal government stops providing federal subsidies to defray the cost of individual health insurance policies in the ACA exchanges, the New Jersey individual mandate penalty will not be enforced.

Individuals who have coverage offered by an association, trust or multiple employer welfare arrangement (MEWA) do not avoid the penalty, unless the association, trust or MEWA complies with certain New Jersey state insurance laws. This provision may make association health plans (AHPs) a less appealing option even though the federal Department of Labor recently released regulations to expand access to AHPs.

For employers and plan sponsors, there will be new reporting requirements. The process details are yet to be determined, but the law requires that data on covered individuals, such as names, Social Security numbers and dates of coverage, be reported. The state may choose to accept the forms currently required by ACA (Forms 1095-C and 1095-B) or a document providing similar information.

New Jersey’s governor signed the bill on May 30. The new legislation will be effective on January 1, 2019. Revenue collected from New Jersey’s individual mandate penalty will help fund a state-based reinsurance program, established under separate legislation, also signed by the governor on May 30.

On May 22, 2018, the Vermont legislature passed a bill to create an individual health coverage mandate for state residents beginning in 2020. The governor signed the bill on May 28.  Details of how the mandate will work have not yet been decided and will be considered during Vermont’s 2019 legislative session. The new law established a working group to make recommendations to the legislature on how the mandate should be enforced and administered. These recommendations are due on or before November 1, 2018. 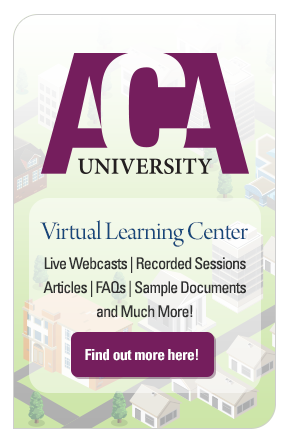 On February 21, 2018, the health exchange executive board of the District of Columbia (D.C.) formally approved a resolution recommending adoption of an individual mandate. The D.C. Council voted to enact this recommendation in the Budget Support Act for fiscal year 2019 on June 27. If the mayor signs the act, which is expected, it will become effective at the beginning of 2019. District residents who do not maintain minimum essential coverage will have to pay a penalty unless they qualify for an exemption. The penalty structure will be similar to the one originally instituted by ACA, but the list of exemptions for lower income residents is broader than with ACA. The revenue collected from the individual mandate penalty will go into a fund designed to boost outreach to uninsured residents and support other initiatives to increase insurance availability and affordability. Note: Congress has 30 days to intervene in any law passed in Washington, D.C., so congressional Republicans could still try to repeal this mandate as part of the appropriations process.

The Massachusetts individual mandate was enacted in 2006 and was the blueprint for the ACA mandate. State residents must have minimum creditable coverage (MCC), which is generally a higher level of coverage than ACA minimum essential coverage, or pay a penalty. The penalty amount varies by income with a maximum penalty of $1,428 in 2018. In Massachusetts, the penalty only applies to adults, whereas under ACA, families also have to pay a penalty for having uninsured children. Employers must file reports annually to inform the state whether their health plans meet the MCC requirements. They must also distribute individual notices to covered workers.

Even if you don’t have workers in the areas listed above, stay tuned to the International Foundation resources. Several other states may propose and enact legislation to reinstate an individual mandate in the months to come.