To cover or not to cover, that is the question for benefit plans when it comes to medical marijuana. To avoid the slings and arrows of plan beneficiaries and other Shakespearean drama, plan administrators should check the clarity of their plan language and their jurisdiction to ensure that plans are standing on firm legal footing.

In Canada, medical marijuana has been legal in some form since 1999. But the intervening 19 years have seen changing laws and social attitudes regarding the medicinal use of cannabis. As laws evolve and usage increases, plan administrators should check that their plans adhere to the intended decision of whether to cover or exclude medical marijuana—and whether exclusion will stand in their jurisdiction. 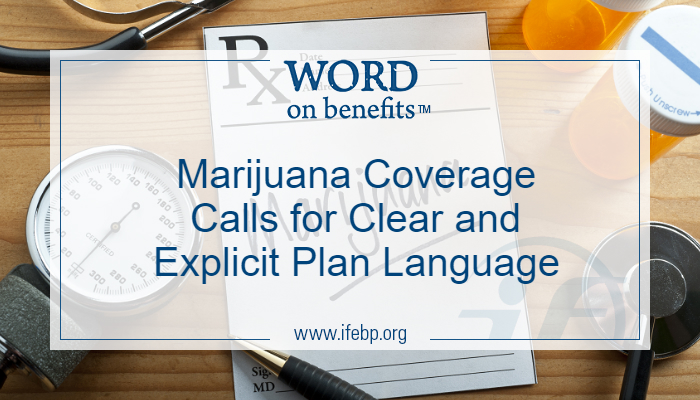 “Cannabis is becoming more mainstream as a medical option, particularly in the treatment of pain, nausea and vomiting when first-line treatment options are not effective,” lawyer Kiersten N. Amos writes in the January/February issue of Plans & Trusts. “Thus, it is reasonable to expect that as more people consider medical cannabis as an acceptable treatment, and as more health care practitioners prescribe marijuana for medical purposes, benefit plans will receive claims for coverage.” 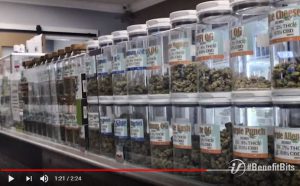 Learn more about the impact of legalized recreational marijuana on medical marijuana in this Benefit Bit video.

In her Plans & Trusts article “Does Excluding Coverage of Marijuana Violate Human Rights?,” Amos, an associate with McInnes Cooper, notes that benefit plan administrators must process claims in a prudent fashion and in accordance with plan text. Two points to consider: (1) Plans can only provide benefits that are specifically covered in plan language, and (2) if benefits are denied, administrators must be able to point to plan text as justification for the denial.

Therefore, it is vital for plan language to be clear and explicit. Where a plan explicitly limits coverage to drugs with a Drug Identification Number (DIN) under the Canadian Food and Drugs Act, marijuana has been found to be excluded from coverage, Amos notes. If plan text is ambiguous, however, the courts may see medical marijuana as a prescription drug or as medically necessary—even if plan administrators had intended to exclude medical marijuana from coverage.

A final point of emphasis is plan jurisdiction. Amos points out that human rights laws vary by province and territory when it comes to exemptions for benefit plans. It is important for plan administrators to know whether their plans will be exempt from certain types of discrimination that could be relevant to medical marijuana—notably, disability-based exemptions. For example, human rights laws in Prince Edward Island, Manitoba, Saskatchewan and British Columbia specifically exempt benefit plans from the prohibition against disability-based discrimination. Plan administrators facing claims for coverage of medical marijuana in these provinces may have a defence based on this statutory exemption, whereas administrators in other jurisdictions would not.

In summary: To ensure that a plan can adhere to its decision of whether or not to provide coverage of medical marijuana, administrators should include clear and explicit plan language and note the laws applicable to benefit plans in their jurisdictions.