Generic Drugs Coming to a Store Near You, Faster

Do you wish that you could once again play softball without worrying about the rising costs of patent-protected prescription drugs? Are you struggling to walk up the stairs without having the weight of drug payments on your shoulders? Well, the Supreme Court of the United States of America is here to help with a recent ruling on biologics and biosimilars, or generic drugs.

On June 12, 2017, the Supreme Court ruled on the biologics drug case, Sandoz Inc. v. Amgen Inc. Sandoz Inc. is the first Supreme Court case to address the Biologics Price Competition and Innovation Act (BPCIA) enacted as part of the Affordable Care Act (ACA) in 2010. The BPCIA created an abbreviated pathway for drug manufacturers to get U.S. Food and Drug Administration (FDA) approval for generic versions of biological medicines often referred to as biosimilars. 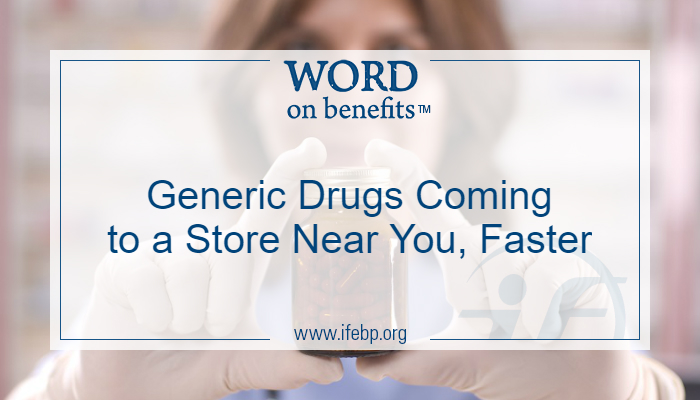 What are biologic medicines? The FDA states that biologics are not easily characterized by what they are made of, since they can be “isolated from a variety of natural sources—human, animal, or microorganism—and may be produced by biotechnology methods and other cutting-edge technologies.” Biologics are often prescription drugs but can also be used to create vaccines, anti-allergenics and other therapy treatments. Biosimilars are a generic version of a biological medicines that is “approved based on a showing that it is highly similar to an FDA-approved biological product . . . and has no clinically meaningful differences in terms of safety and effectiveness.”

In Sandoz, Inc., the Supreme Court reviewed a dispute between two pharmaceutical companies, Amgen and Sandoz, over the patent mechanism established in BPCIA. Patents are important to innovators because companies can spend millions of dollars creating a drug to help fight diseases. The patent is seen as a reward for that hard work since no competitors can produce their own versions of the drug while the patent is in effect. Patents provide a balancing act for everyone: The innovator has the cost of creating a drug from scratch but also gets to enter marketplace alone in order to earn back their initial investment, while competitors get blueprints for producing a new generic drugs but have to wait several years for a patent to expire before these generics can be approved and marketed to the public.

In this case, Amgen held a patent on their biologic drug Neupogen®, while Sandoz was looking to produce their own biosimilar drug of Neupogen, which for simplicity’s sake we’ll call NoNeupogen. The patent mechanism under BPCIA allows for disputes to be brought and settled in federal court prior to the market launch of biosimilar drugs that may encroach on on an innovator’s patent. Amgen brought suit against Sandoz over two issues: (1) Sandoz failed to provide Amgen with their FDA application for NoNeupogen, and (2) Sandoz failed to provide the proper 180-day notice to Amgen of its intent to market NoNeupogen, since Sandoz provided this notice prior to receiving approval of NoNeupogen from the FDA.

The Supreme Court ruled in the favor of Sandoz on both issues. In regard to the first issue, the Court held that Amgen could not get a federal injunction to receive Sandoz’s FDA application but left open the possibility that Amgen could sue for this right under state law (which for them is California). In regard to the second issue, the Court ruled that Sandoz, or any other drug manufacturer, may provide notice of intent to market their biosimilar “either before or after receiving FDA approval.”

Why does this decision matter? Because it allows companies like Sandoz to put their biosimilar drugs on the market at a much faster pace. As long as a company gives notice to the patent innovator at the start of the FDA process, the FDA review process takes longer than 180 days, and the drug does not violate any patent protections held by the innovator, new generic drugs can be the marketed and sold much sooner than previously allowed.

Bottom line: The Supreme Court is helping all of us by speeding up the patent review process and allowing companies to get their more affordable, generic biosimilar drugs on the market more quickly. Which allows you to get back to what you really want to do in life: spending the day playing with random dogs in your local park.