This past December, Congress voted to delay by two years the Affordable Care Act (ACA) excise tax on high-cost health plans (known as the Cadillac tax). Plan sponsors breathed a sigh of relief. Does this mean the Cadillac tax is dead? No. Some experts may argue that it’s on life support, but it isn’t dead. Plan sponsors have a reprieve but can’t dismiss it completely. 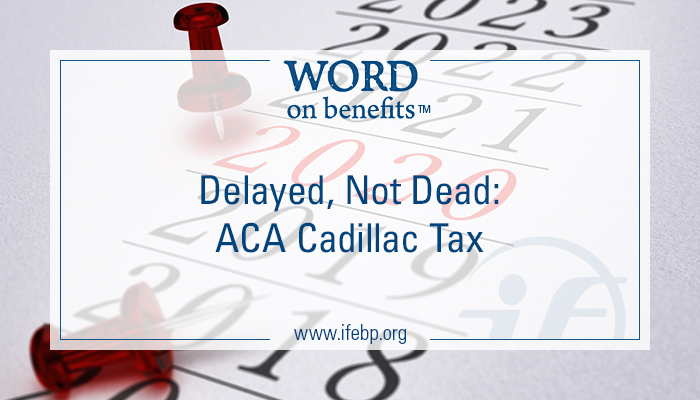 In December, President Obama signed the 2016 appropriations bill that included a provision delaying the Cadillac tax until 2020.