Workers and retirees in the United States are saying they’re a bit more confident about their prospects in retirement—the confidence numbers are up in 2015 since hitting lows between 2009 and 2013—even though there aren’t many signs that they’re taking steps to make retirement security a reality. 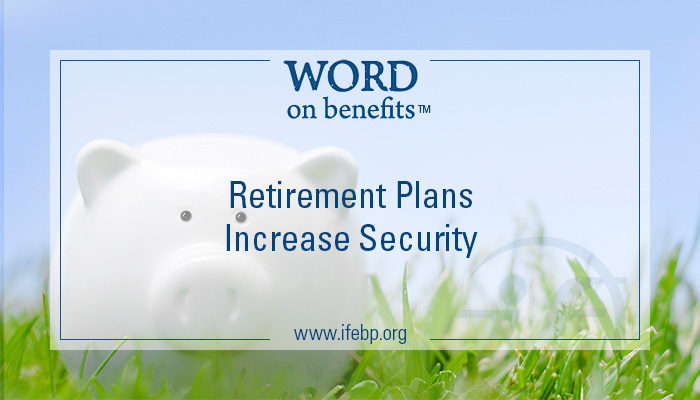 According to the Employee Benefit Research Institute’s (EBRI) 2015 Retirement Confidence Survey, released on Tuesday, more confidence is shown by workers who have a retirement plan, be it a defined benefit or defined contribution plan or an IRA.

Overall, a little less than one-quarter of workers say they’re very confident they’ll have enough money for a comfortable retirement, while 36% say they’re somewhat confident. One-quarter is not at all confident.

If savings are lacking, how’s the retirement planning going?

One-quarter of workers told EBRI they feel their planning and saving for retirement is “on track.” Only 11% report being ahead of schedule, leaving the remaining two-thirds (64%) behind schedule. Fewer than half (48%) have tried to calculate the amount of money they need to save for a comfortable retirement. Two in five (40%) have estimated the amount of Social Security they’ll get when they retire, and 45% have estimated how much monthly income they’ll need. One-quarter has calculated how much money they’ll need to cover medical expenses. On a positive note, 63% have considered what they might do in retirement.

[Related: Your Greatest Plans and Biggest Fears for Retirement]

The EBRI survey shows a couple disconnects. The first—Two-thirds of workers (67%) expect to retire at the age of 65 or older or never retire at all. In reality, however, Two-thirds of retirees (65%) report retiring before the age of 65. Why? A multitude of reasons, including illness or disability, the need to care for a spouse or other family member, a layoff, changing job skills and the desire to do something else. The second disconnect—Two-thirds of workers plan to work for pay after retirement. In reality, 23% of retirees report working for pay.

Planning for retirement can be challenging, but it doesn’t have to be a hopeless cause. The Foundation has resources to help plan sponsors better design their retirement plans and their financial and retirement education programs. We’ve created tips and worksheets for workers within 15 years of retirement and for those who find it hard to even envision retirement. We’ve got a one-stop place for resources you can use. Stay tuned as we continue to unveil new resources.