Put a Ring On It or Lose Domestic Partner Benefits 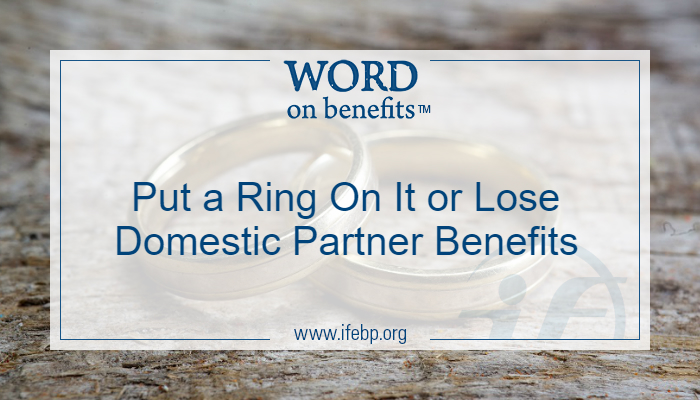 In 2014, one year before the ruling, employers reported that:

In 2016, one year after the ruling, the number of employers offering health care benefits to unmarried same-sex couples has dropped. Employers report that:

At the same time, the number of employers offering health care benefits to same-sex spouses increased.

The results are perhaps not surprising, given that immediately after the 2015 SCOTUS ruling, three out of ten employers reported they were likely to discontinue providing benefits to same-sex domestic partners.

By dropping domestic partner benefits and requiring all couples to marry, employers are able to ease some of the administrative burden that comes with maintaining a separate domestic partner policy.