Long-Term Care Insurance—Ripped From the Headlines 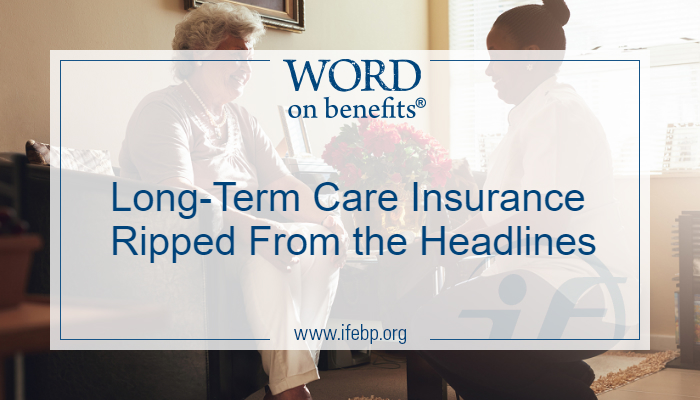 Long-term care (LTC) insurance covers costs associated with the care provided at home or in a residential facility for persons who are unable to care for themselves as a result of a chronic illness, disability or mental impairment over a long time period. This insurance is available to some workers as an employee benefit and is most frequently purchased as an individual policy. Long-term care insurance has realized an increased line of business with the aging of the Baby Boomer generation. Approximately 8 million people in the United States have insurance with a long-term care option.

What does an employer-sponsored long-term care plan look like? 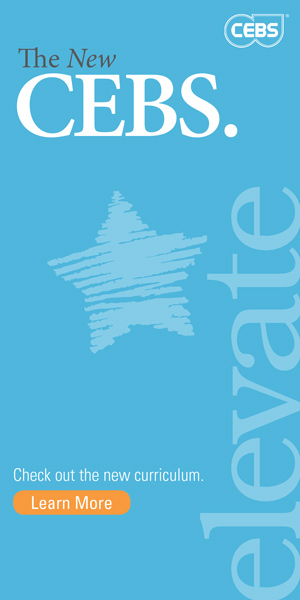 Statistics from the International Foundation’s most recent Employee Benefits Survey explore the most common attributes of long-term care insurance plans.

Why is long-term care insurance in the news?

In January 2018, it was announced that General Electric had a surprise $15 billion funding shortfall in their accounting statements, driven primarily by miscalculations in their long-term care insurance policies.

How did this happen?

This significant shortfall was due to a number of actuarial miscalculations and environmental factors, including:

It should be noted that these challenges are not unique to the General Electric offerings but could be indicative of the industry as a whole.

Where do we go from here?

Analysts are predicting that the GE example is only the first shoe to drop. Today, annual expenditures of long-term care exceed $225 billion. By 2050, the U.S. will have approximately 90 million people aged 65 or over, making it an unprecedented challenge for the future. Will a new marketplace option emerge, or will government intervention be explored? Stay tuned!