The International Foundation of Employee Benefit Plans recently released its sixth survey in a series on how single employer plans are being affected by the Affordable Care Act (ACA). 2015 Employer-Sponsored Health Care: ACA’s Impact focuses on the most important health care reform issues facing employers this year. 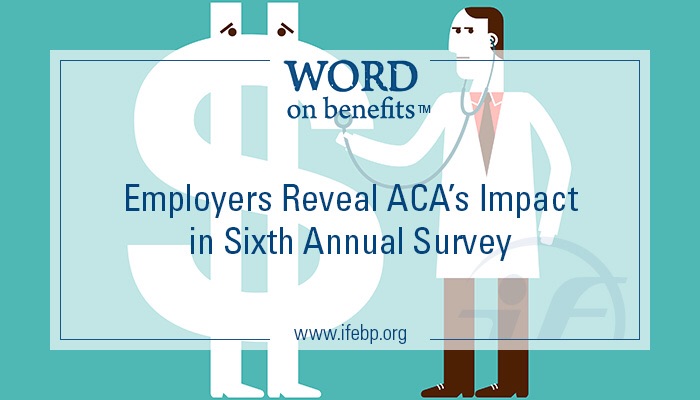 In total, 598 responses were received from human resources and benefits professionals and experts from over 20 industries. A number of key themes emerged from this year’s findings. 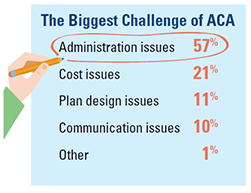 General Focus and Reactions to ACA

The biggest ACA challenge for most organizations is administration issues, even more so than cost, followed by plan design and communication concerns.

Over 92% of respondents stated that they are closely following Supreme Court cases related to ACA. Respondents most frequently cited the King v. Burwell case. 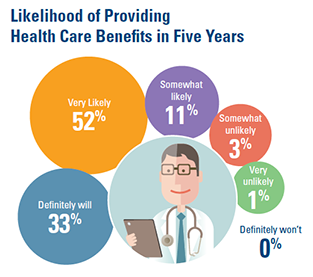 Despite administrative and cost issues, there is little uncertainty regarding future coverage. Over 95% of survey respondents stated that they are likely to provide health care benefits in five years.

How has the ACA impacted your organization? Have you faced similar challenges to those of our respondents? Let us know! View full survey results, and stay tuned for additional reports, articles and blogs pertaining to the Affordable Care Act.

Keep up with ACA’s latest transformations on ACA University, a free member service offering the latest news and insights you need to know about.